So I decided to to everything again, this time from steel – using my metal mill and lathe.

First piece was the main body. Milled from a piece of 25x25mm steel it was done really quickly, just a bit of milling an drilling: 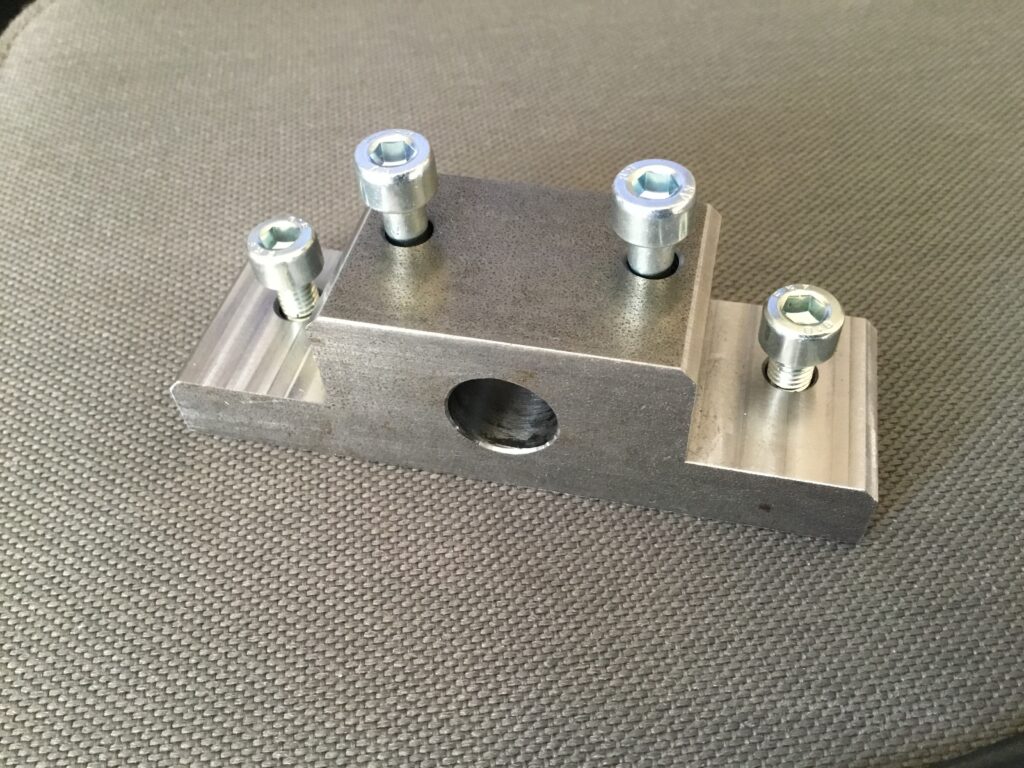 For the bolt to hold the arm I had to do quite a lot more work.
The inside hole of the arm is 1/2inch, until now I used a 12mm bolt to hold everything. That caused everything to wobble too much.
I turned a fitting bolt with one side 12mm in diameter to mount to the main body and the other side 1/2″ for the throttle, ending with a 12mm thread to hold everything. 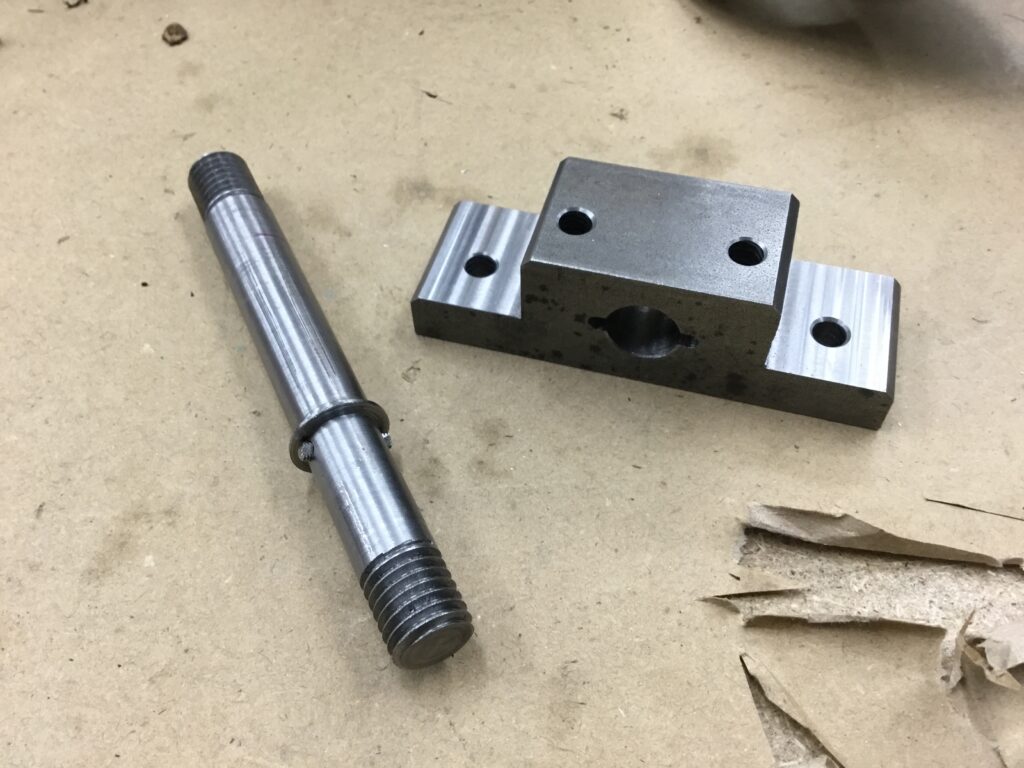 To keep the bolt from rotating I put a pin through the polt which rests in a nut in the main body.
After I did all the work, I realized, everything could have been done much easier and faster, just drill a hole from the top through body and bolt and put in a Pin 😉

On the throttle side I milled a keyslot so the screw for the friction wheel would not turn with it. 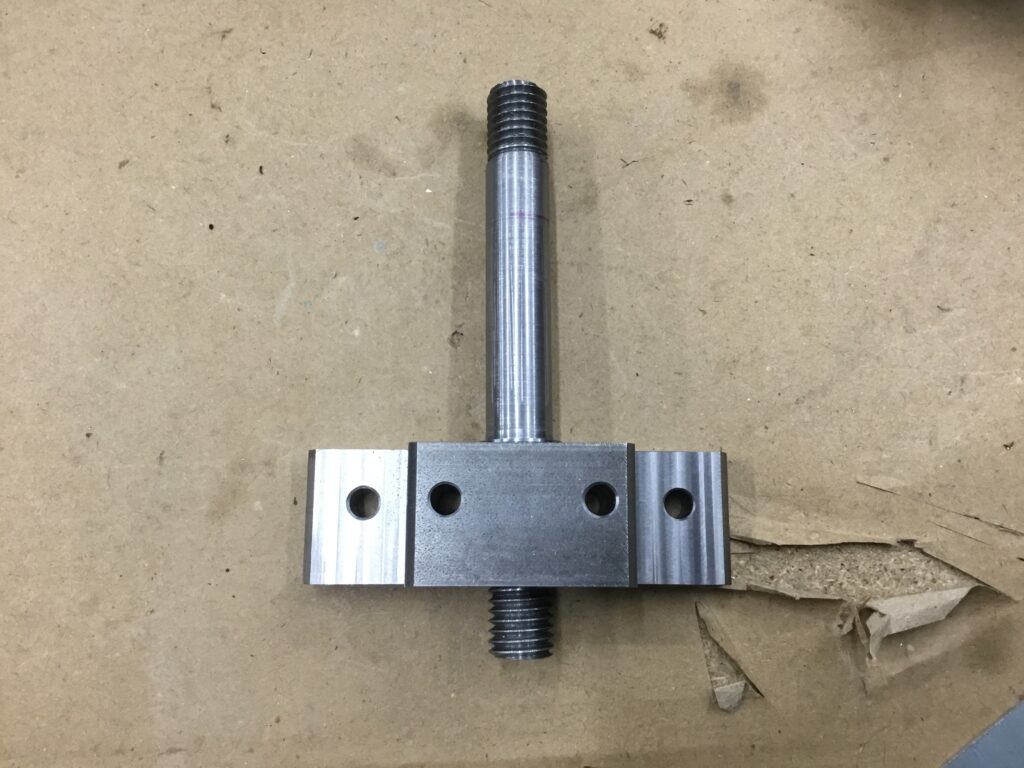 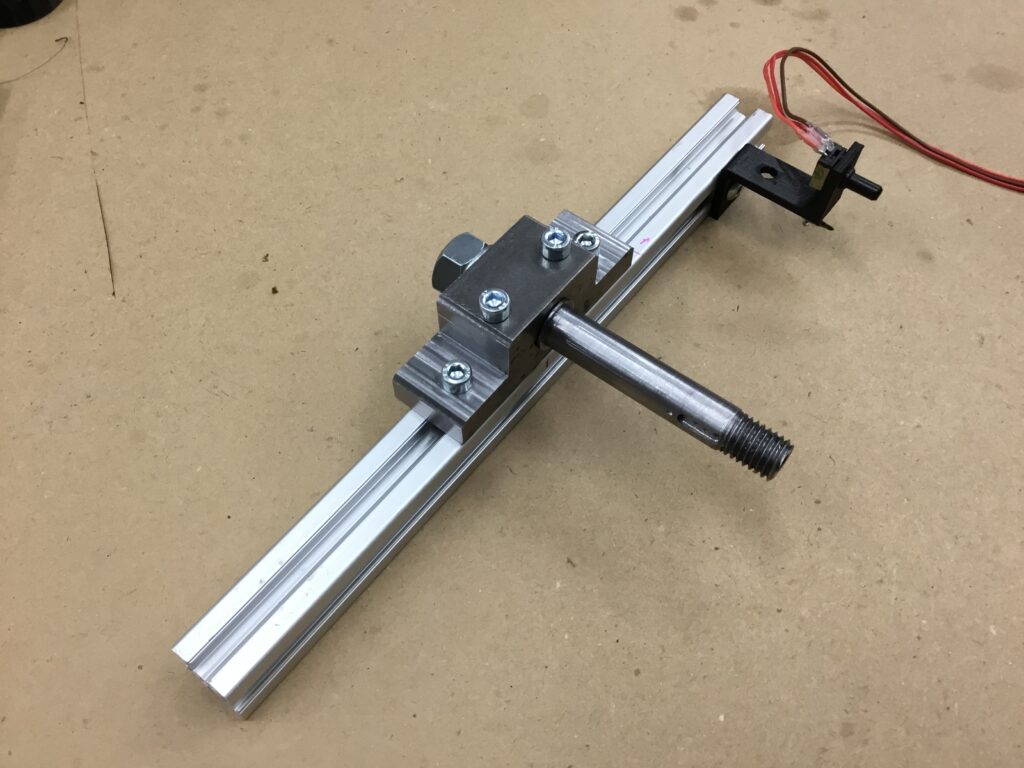 The old frictionplate, which is pressed against the arm through the frictionwheel to set the appropriate rotation friction, had too big a hole and was always slipping in it’s position.
So I decided to make another one, which took just 5 minutes on the bandsaw.
There’s a 3D printed spacer that keeps the plate in place but also is small enough, that the frictionwheel can pass it to press onto the frictionplate. 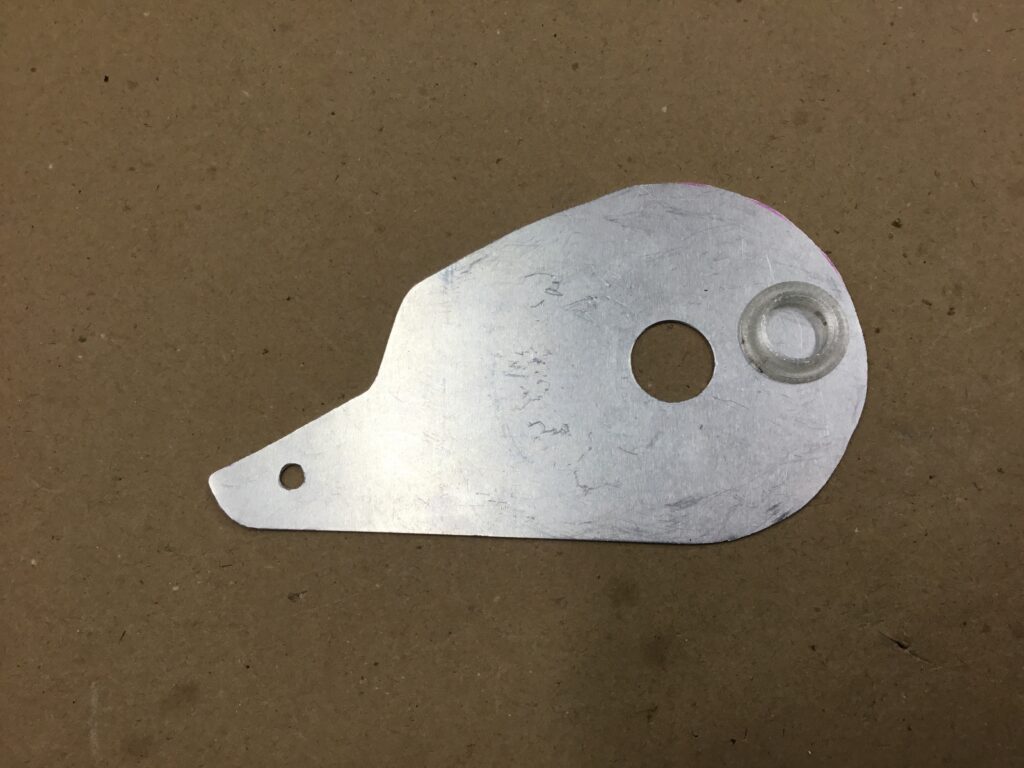 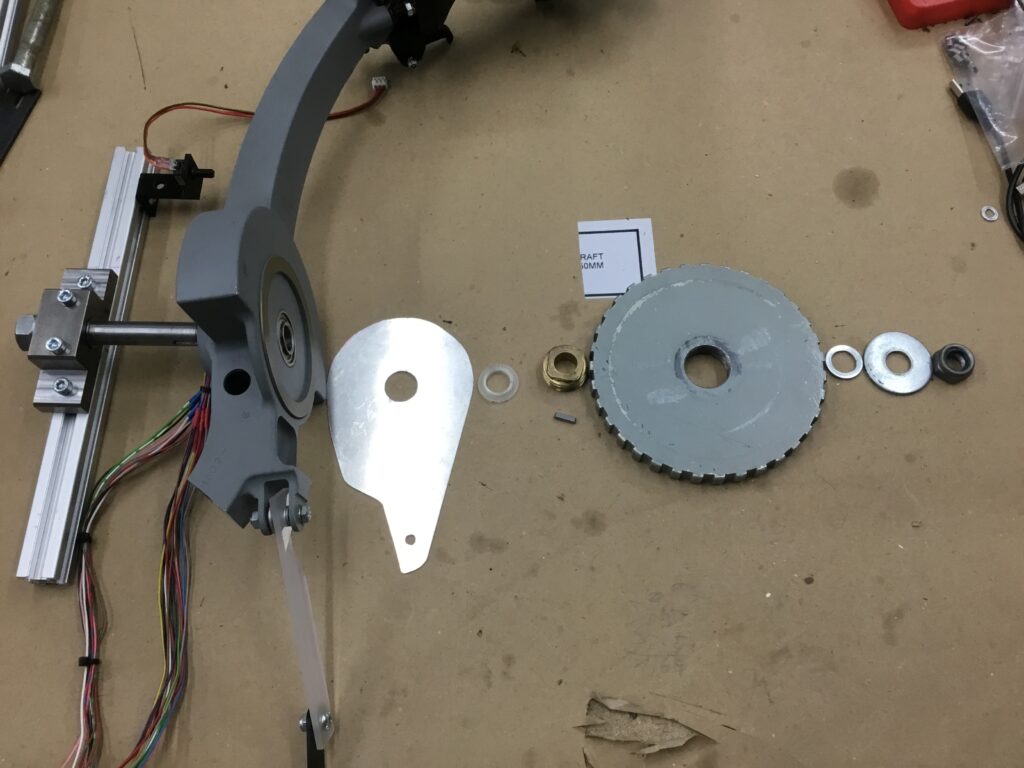 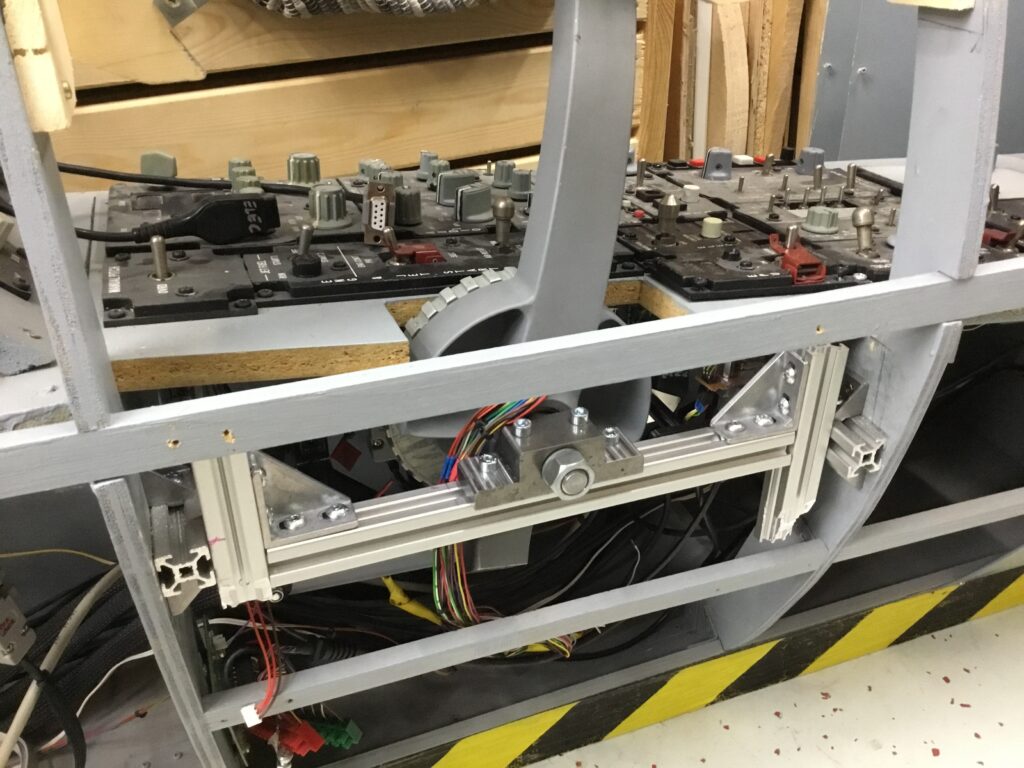 Using this methog the construction is really stiff. Theres a very tiny movement due to rotation of the aluminium profile but that’s really neglectable.