A day at the AFB Zeltweg 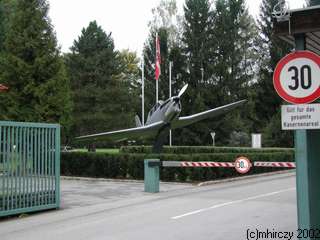 On September, 23rd, 2002, I got the great opportunity, to test the flightsimulator of the AustrianAirforce at the AFB Zeltweg (on invitation of the DoD). I really couldn’t believe it, until I acutally arrived at the gate in Zeltweg :).

The man who organised this event is LtCl. Platzer of the DoD. After some words to the guard and short telephone call, he picked us up – Barbara Haas of the newspaper “KleineZeitung”, who started this thing with her article, and me – at the gate.
The AustrianAirforce took the chance to do some Public Relations, due to the actually critical political situation about Austria’s new fighter jets. It’s good to get information from the “other” side, because Austria’s politicians actually just use polemic paroles and even wrong information to get people’s votes.

After a 2nd-breakfast-coffee, the day started with a short introduction of Brigadier Schönwetter, CTO of the dockyard. His presentation showed me a lot of things about maintenance I never heard before.
After that we got a guide through the dockyard itself – of course, not without having some _very_ detailed looks at our Saab “Draken”. (We were even allowed to walk _on_ the “Ostarrichi”, as you can see on the 2nd pic).
But time was short, because the simulator was booked for 1045 a.m.

The simulator itself is a real “dinosaur”, built 1962. It’s just a procedure trainer and has no OTW (“Out-of-the-window”)-view, only instruments and radar in the cockpit.
After a short introduction of LtCl. Kowatsch (now colonel), the commander of the surveillance squadron, I got 45 minutes of “playtime” – departing Zeltweg (LOXZ), radar operations (which are a lot more complicated then in the F-16) and an ILS-landing at Graz (LOWG).
Even without the mission OTW-view, it was a great experience, to do the procedures in the “accurate environment” – I can’t wait for my project to be usable. 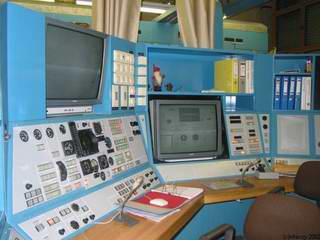 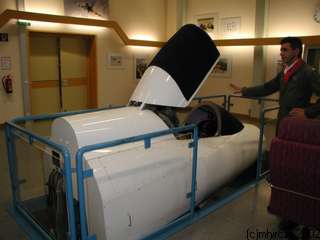 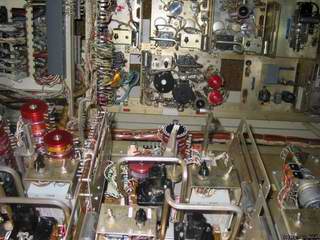 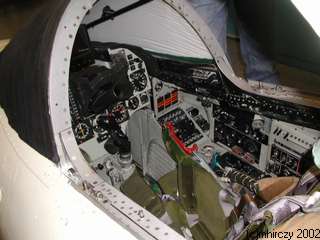 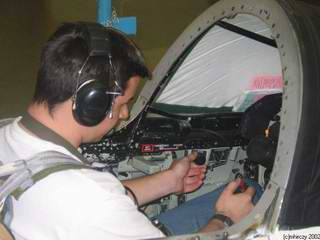 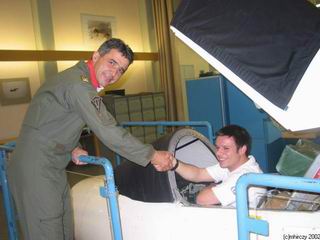 At 1200 we had lunch, talking about the new fighters, and whether we’ll get them or not.
But the day wasn’t over: as “extra event” I was allowed to fly with a heli of the AFB Aigen/Ennstal (just as passenger, of course *g*). Until now, my only flight experience has been airplanes, so this was a real premiere.
After a short trip to Bruck/Mur and Kapfenberg, the pilot did some heli standard maneuvers (hovering, …) – if I didn’t have ears, my smiling mouth would have been a circle *g*.

And everybody, who thought that’s it … WRONG *g*. With squad commander Kowatsch I was allowed to watch the arrival of 5 Draken from Waddington/England – from the best position of the AFB: directly in front of the hangars :). OK, it’s really loud, but watching the Draken taxiing at yourself, doesn’t really make you think about the noise ;).
After some smalltalk with the pilots we hit the road back home.

On September, 27th, Barbara Haas published this article (german) – my presence at the media is quite impressing *g*. This day was an absolutely unbelieeevable experience for me, and of course I would have been able to spend even a week there, without getting bored. 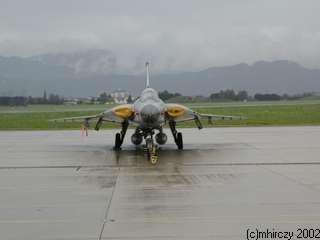