The whole body of the cougar would need too much space, since there are some panels right below the handle.
So I planned to make a mod to the throttle, to resemble the original one as close as possible…

First tries (in August 2003), making a throttle arm out of wood: 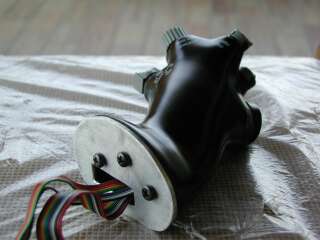 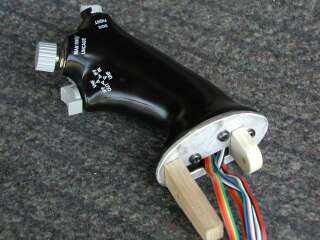 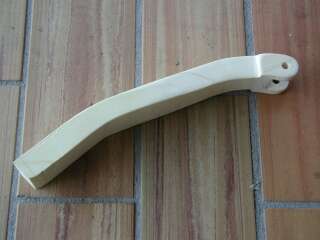 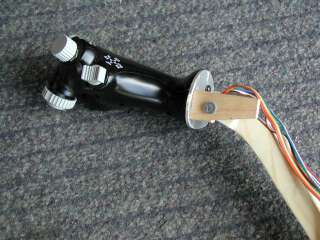 In 2004 I had the opportunity to get a real throttle arm, and traded it for one part of my original glareshield: 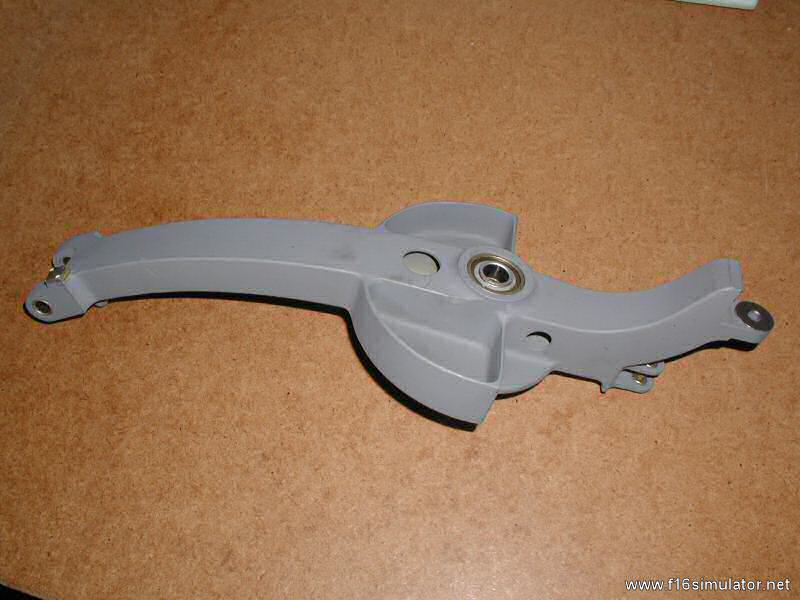 The mounting base is simply a piece of wood, mounted between the ribbs for the skin: 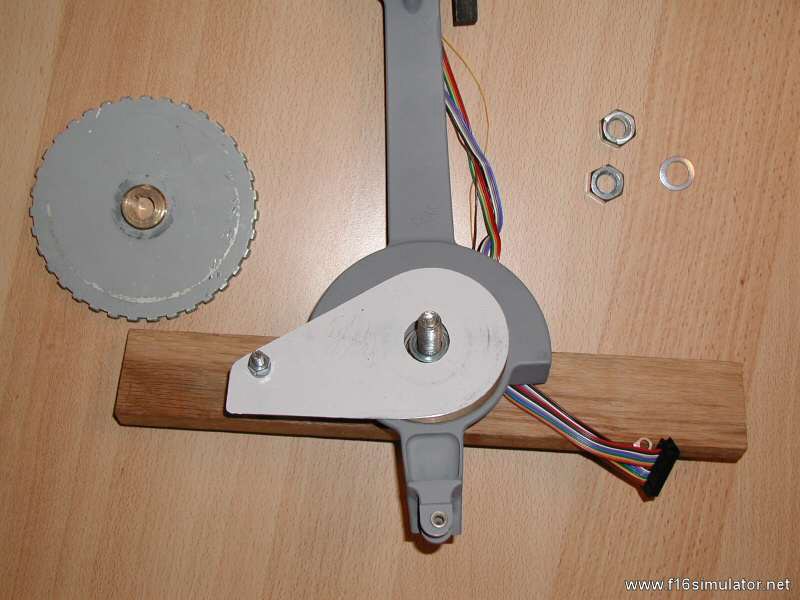 The plate which connects the handle with the arm had been done before, I just had to do small modifications to make it fit the real arm: 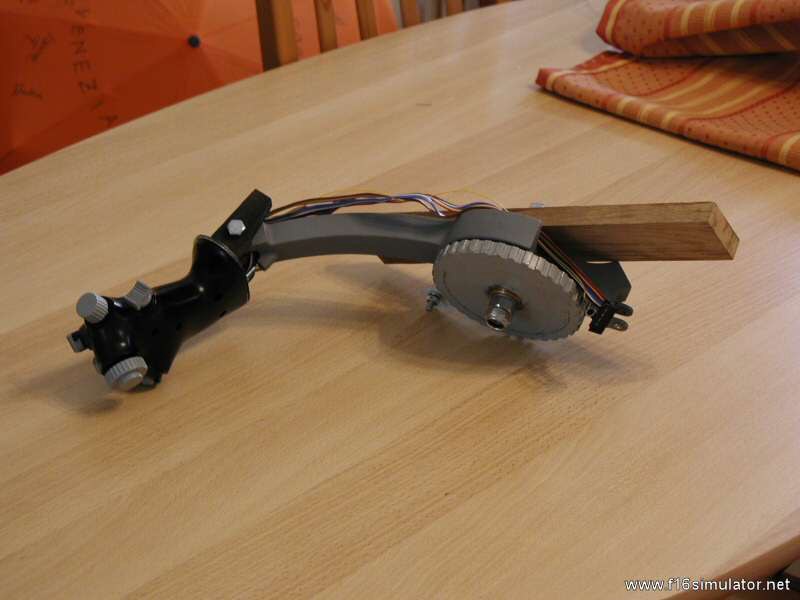 Movement of the arm is translated to the Cougar’s potentiometer: 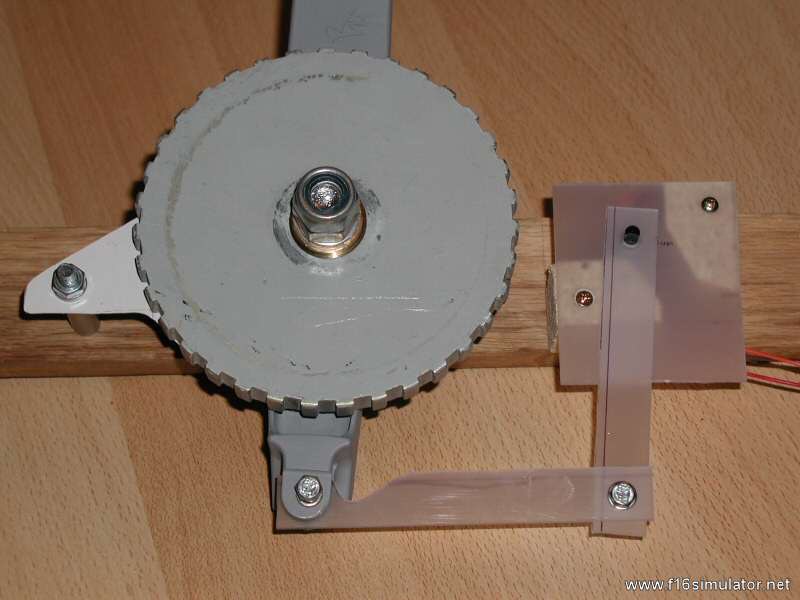 Now everything looks very close to the real one… 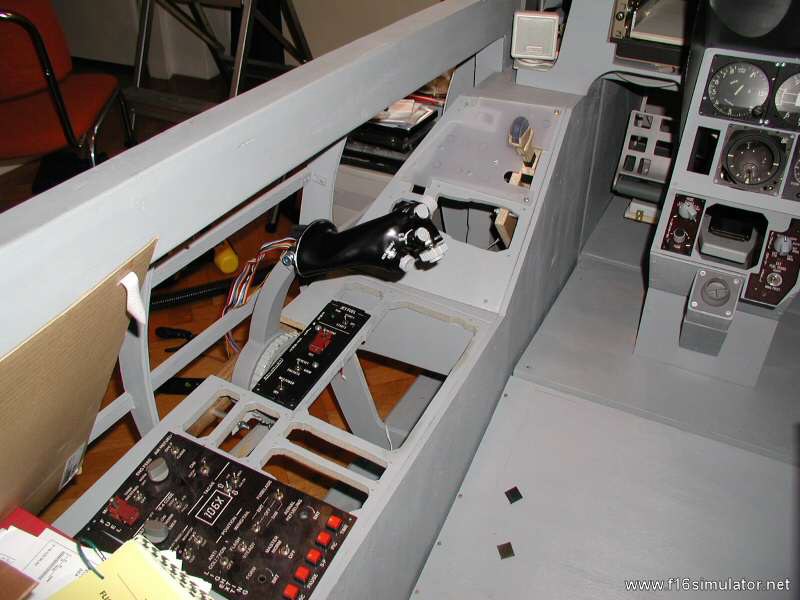 The whole arm traveled quite too much, so the throttle guide, which controls the movement had to be done:
Seen from the cockpitside: 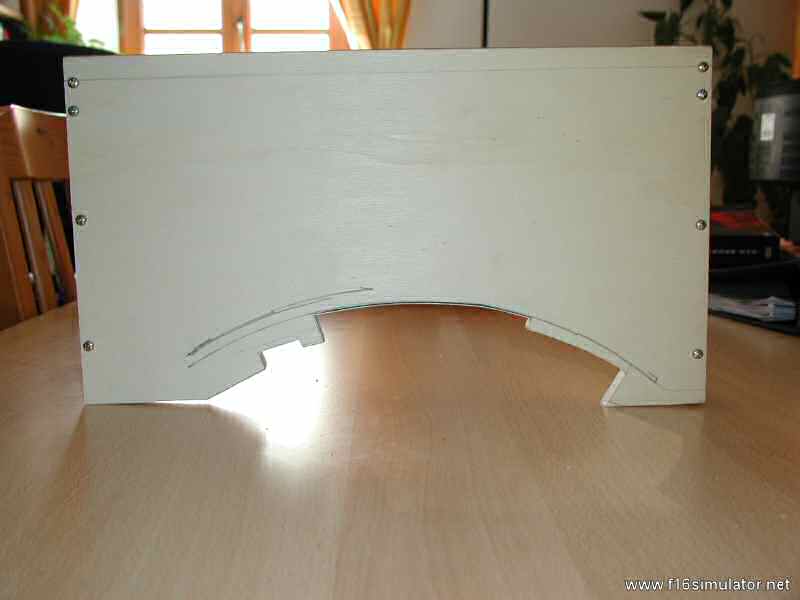 To move the throttle to afterburnder, the handle has to be rotated upwards.

The most left cutout is the “Cut-off-position”, where the engine will stop, once the throttle enters this area.

The real throttle uses a very strong spring to move the handle back to it’s original position after rotation.
Since I didn’t want to put too much force on my selfmade connection plate, I used the much lighter axis-spring of the Cougar.
A very big “THANK YOU” to RedDog for this tip! 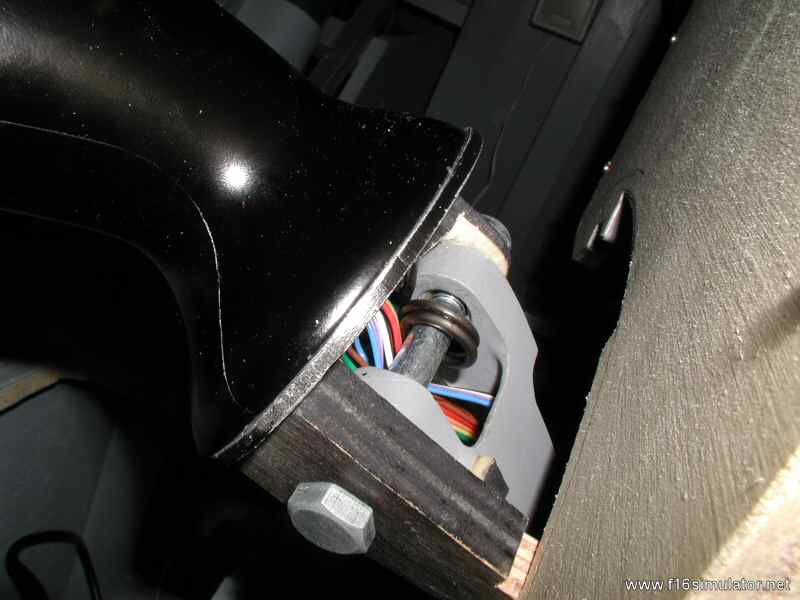 Since the wood of the guiding plate is not very hard, it would get worn out by the grip lever sliding on it . So i decided to strenghten the sliding area with some sheet metal: 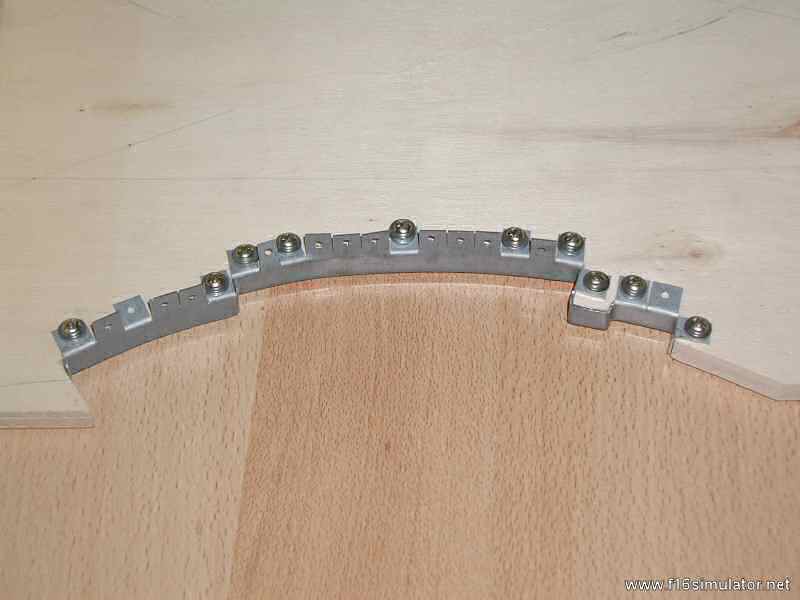 I was able to put all the cabling from the handle inside the arm, but I had to lengthen it a bit.

At last the PCB of the cougar had to be mounted somewhere inside the console. 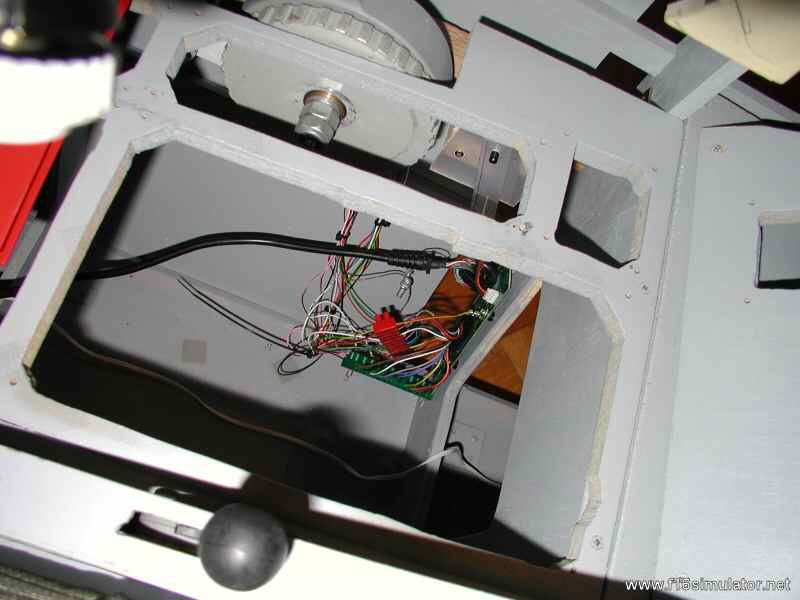 Now it looks very close to the real deal: 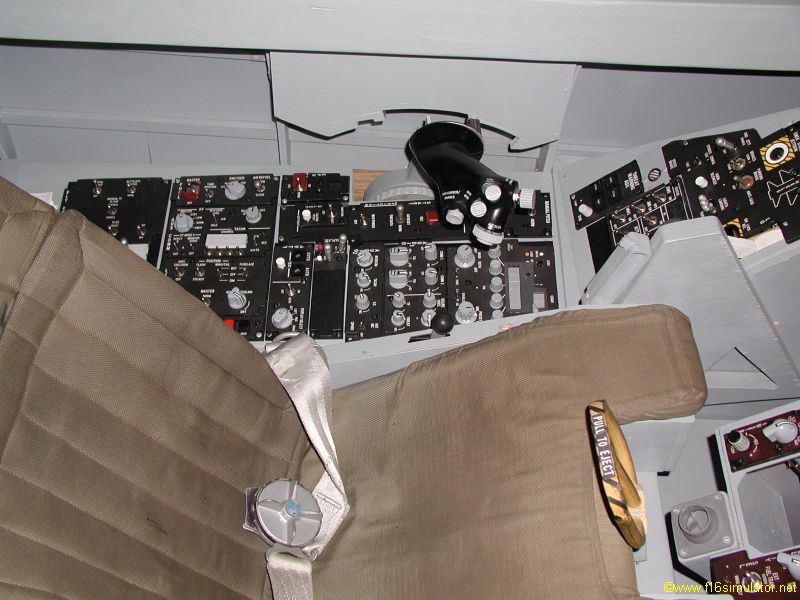