Another thing on my todo list for the sim are fully working analogue instruments.If it’s not possible to work in the shop I’m using the time in the livingroom to create things in FreeCAD or build some electronics.
A perfect example for this situation is the creation of the analogue instruments: 3D printed housing, controlled by an Arduino – two things that can easily be done on the desktop.
So I started to design the altimeter in FreeCAD, make the electronics side working and also to program the firmware for the Arduino. 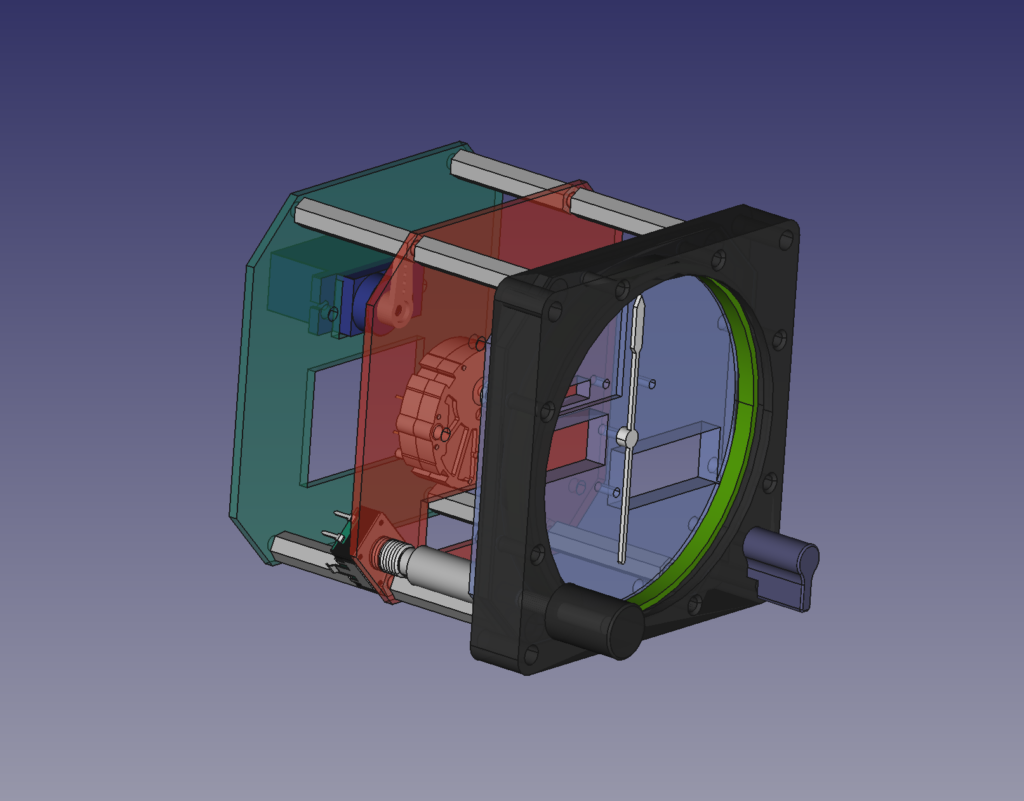 After the first design I printed the parts and put it together with my real faceplate and glass – fits! 🙂 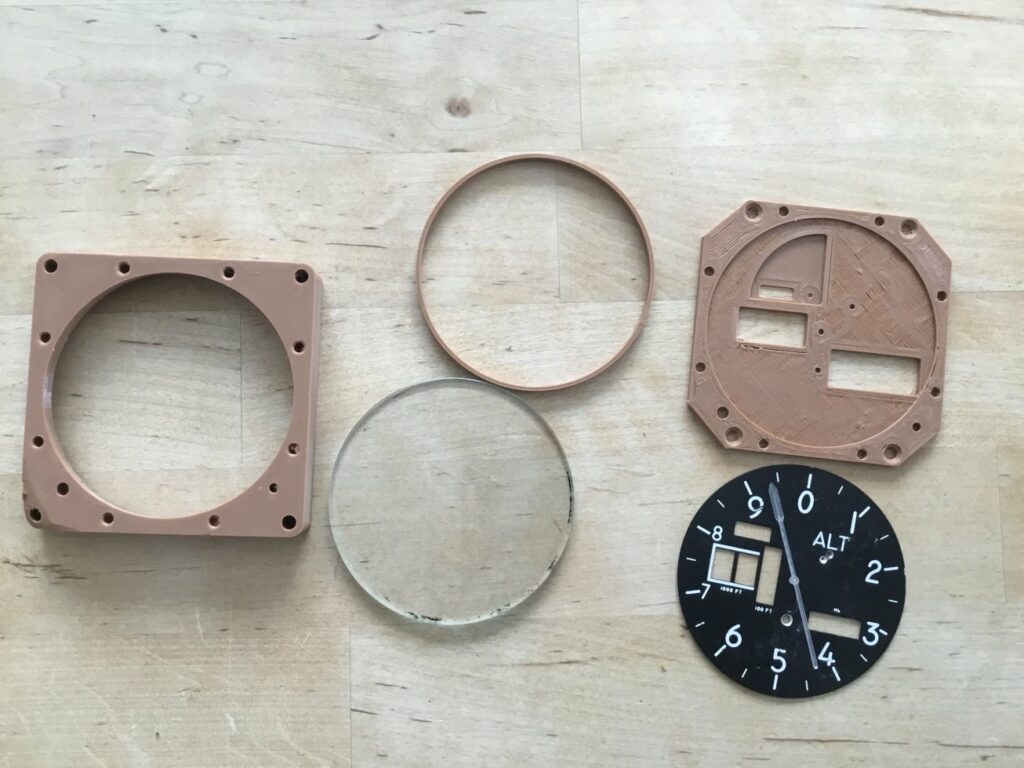 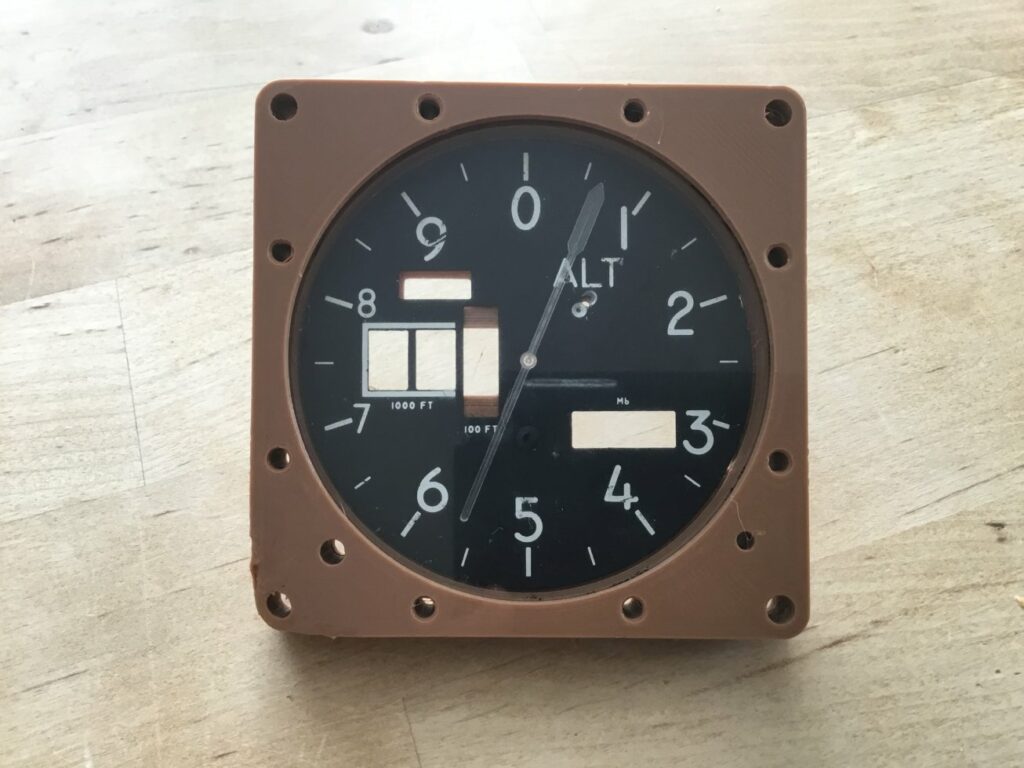 After the first fitting test was positive, I continued working on the CAD model and now the whole mechanism is done, except the connector between the PNEU-shaft and the servo. 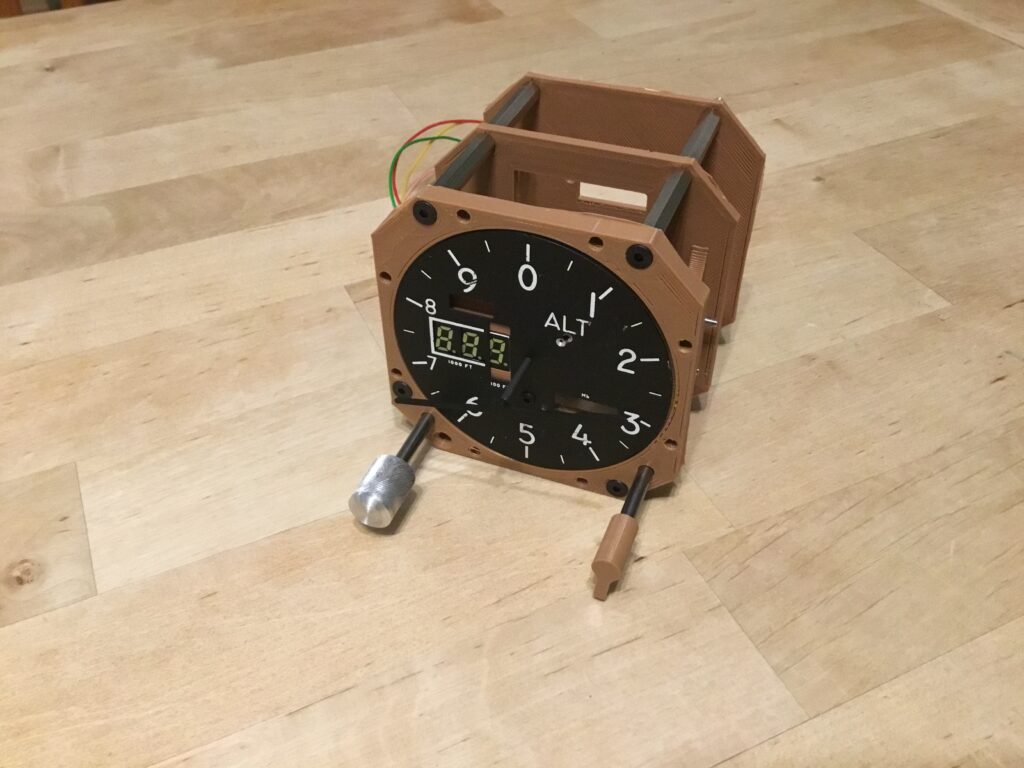 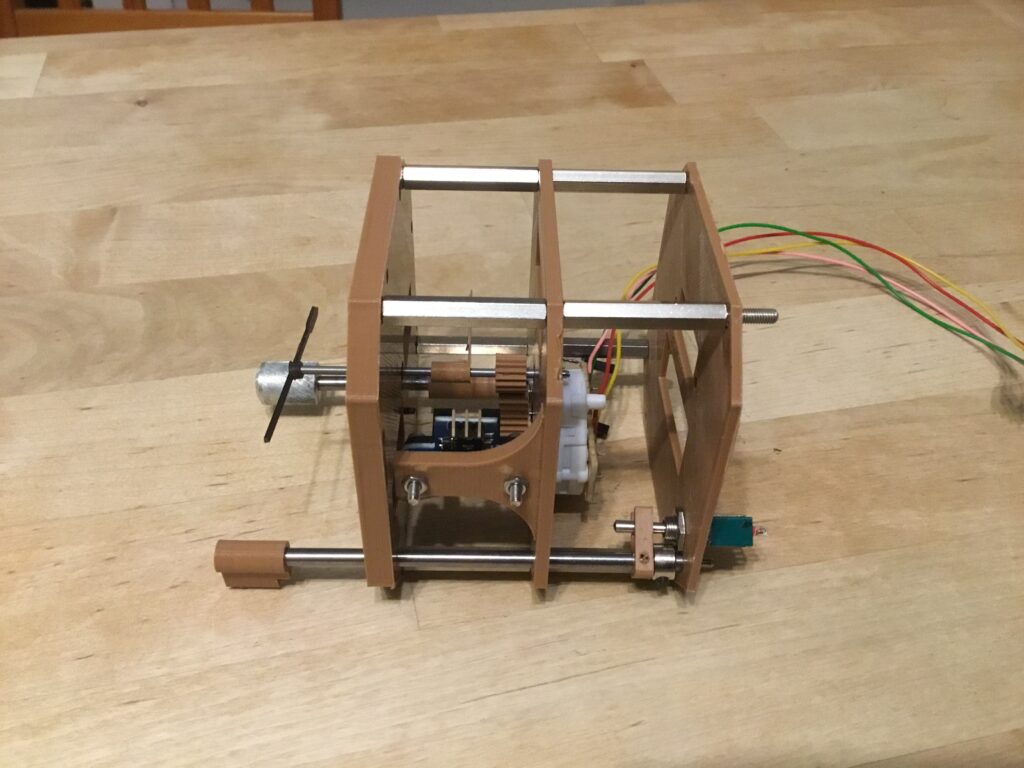 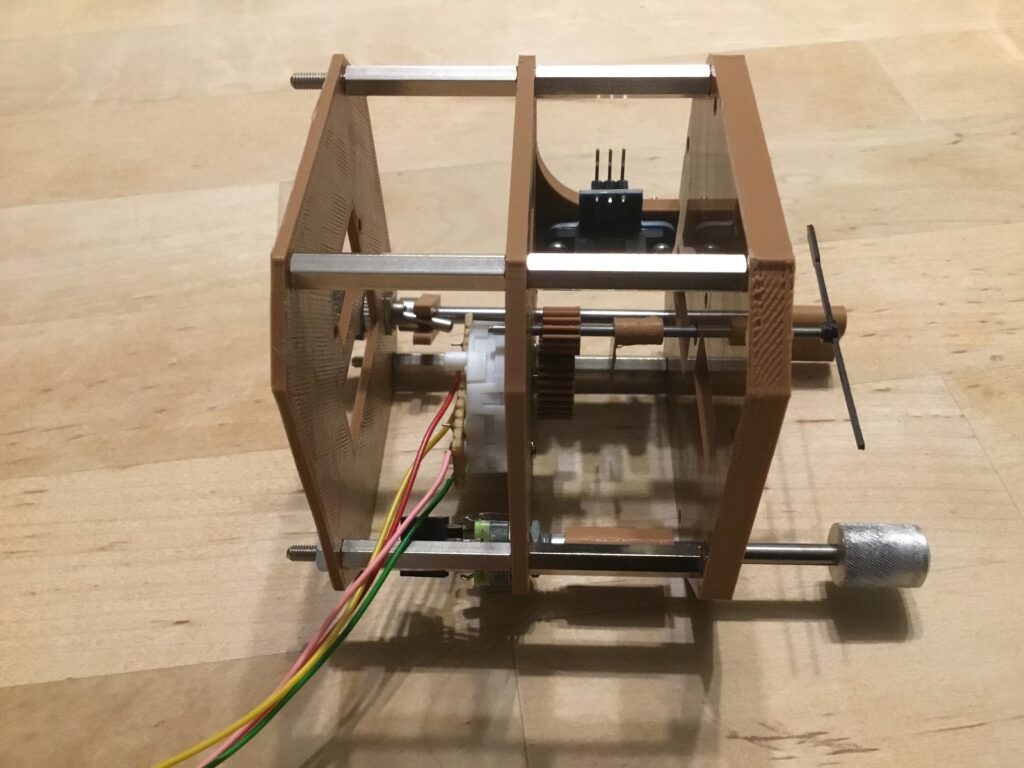 I’m still waiting for the displays for the barosettings, but everything works perfectly together with Falcon BMS